For your enjoyment today, I have a crazytown flakie multichrome polish for you. Feast your eyes on Dance Legend’s “Phobos.” Depending on the angle, this polish shifts from gold to magenta, violent, blue, and green. For variety-lovers like me, it also has medium/large flakies that shift blue/green and the barest hint of holographic microglitter. 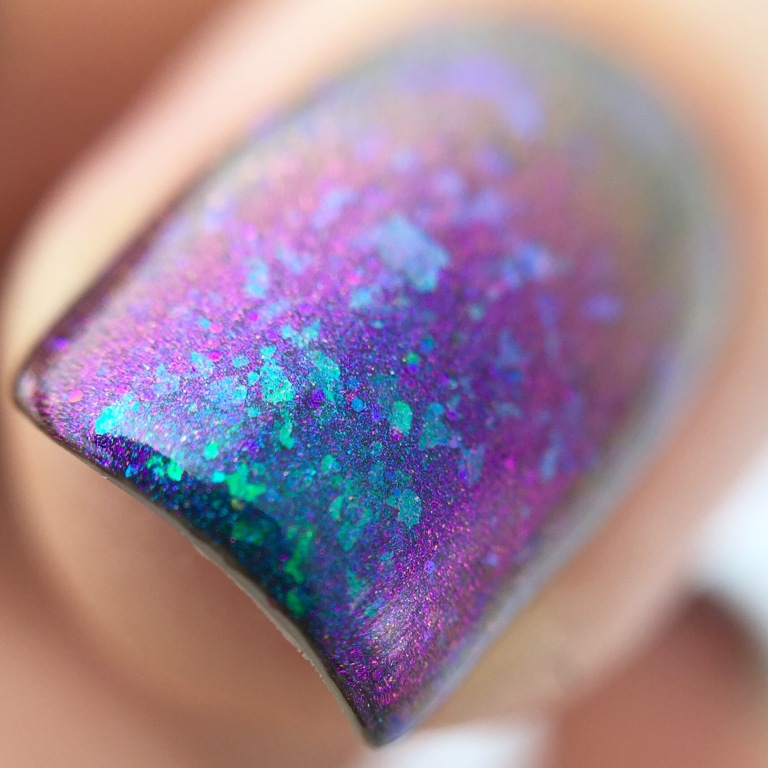 This has been sitting in my Helmer for more than a year and I have absolutely no idea why. Phobos is amazing! The colors and the flakies totally knock my socks off. To me, sometimes I get frustrated with how dark multichromes can look, especially around the edges. This is very vibrant and eye-catching from all angles and in all lights. 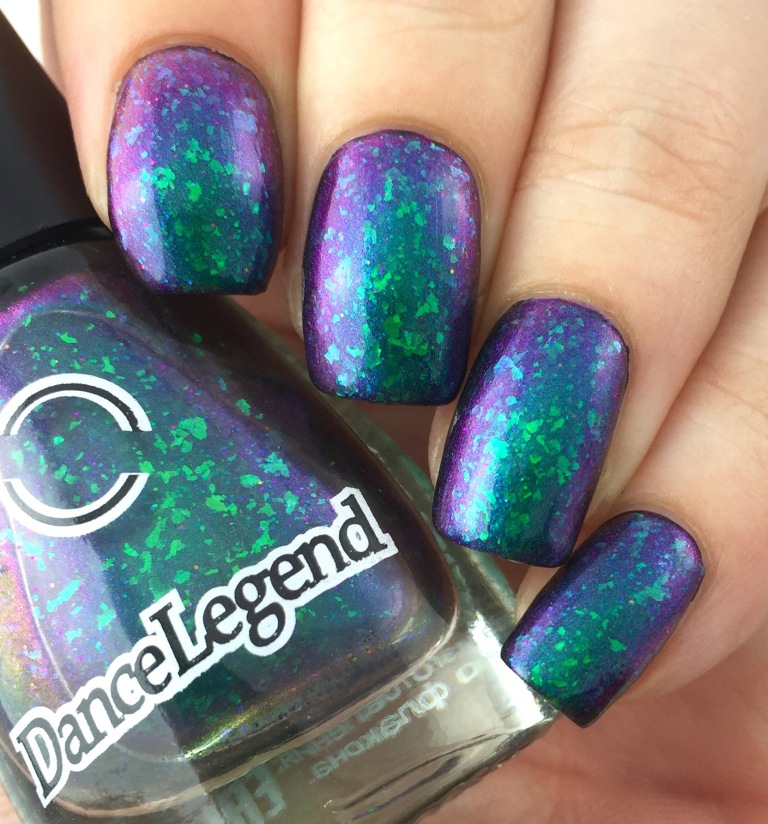 You can see in the macros that the multichrome effect is achieved by visible light-catching particles suspended in the base. I would say that these particles are bigger and less dense than other multichromes I own. As a result, Phobos doesn’t really work on its own- it would take 4+ coats and that’s no beuno. Here, I layered one coat of Phobos over one coat of my favorite black polish, AEngland “Camelot.” Just two coats in total and I’m ready to head out the door. It would probably also look good over a charcoal or magenta base, too. (Or really anything that floats your boat- it’s all about personal expression anyways.) 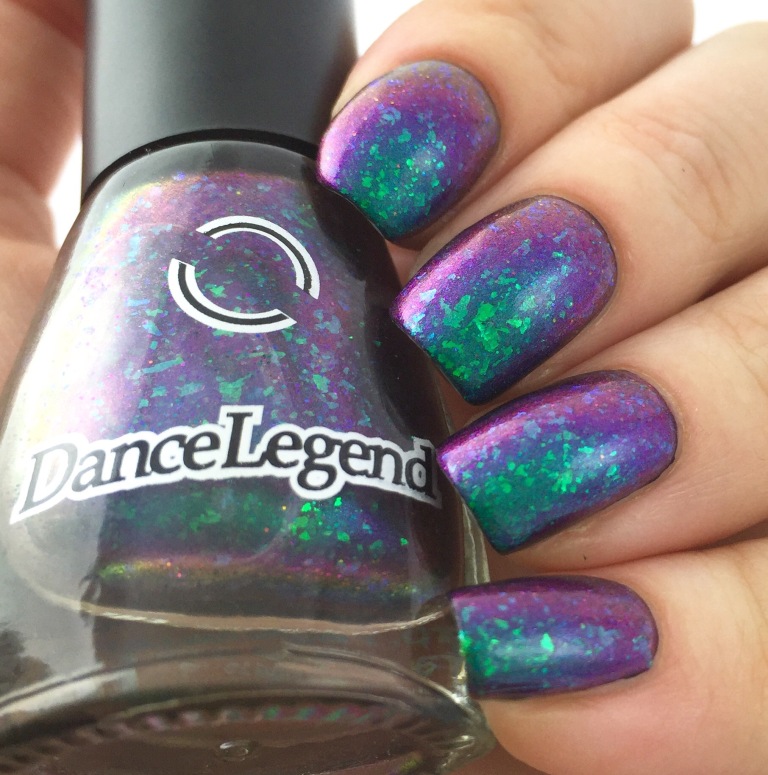 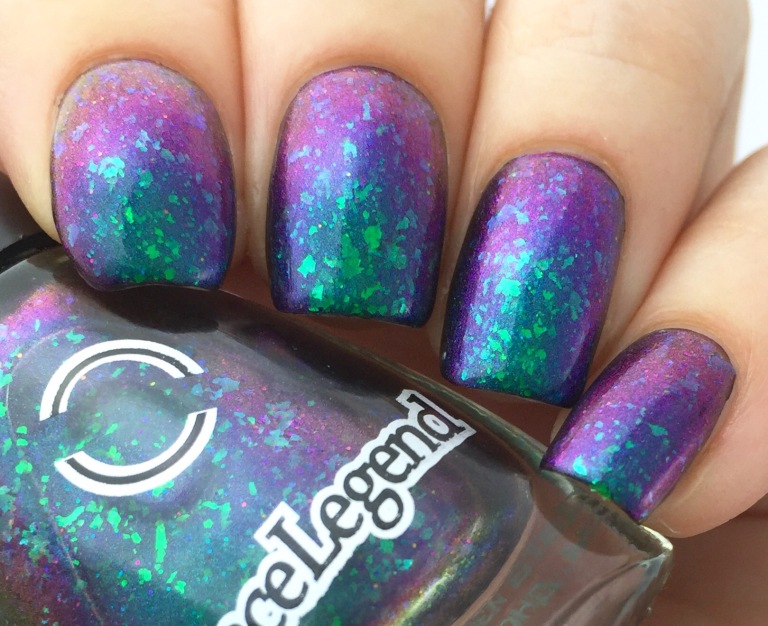 As much as I love this, Dance Legend can be an absolute pain to get ahold of (because they are based in Russia and I am not). There’s about 12 of their polishes that I would love to get, but it’s just too much of a challenge. Llarowe used to stock a wide assortment of Dance Legends, and that’s where I got Phobos (and all my other DL polishes), but she isn’t acting as a stockist anymore, and it is reported very difficult for new, smaller stockists to get DL (they require large orders for stockists, and that can be cost prohibitive for smaller companies). Right now, Color4Nails is the American stockists I know of, with Rainbow Connection in the UK and Hypnotic Polish in Europe. If you know of other stockists for DL, let me know and I’ll add them in! You can also get Dance Legend from their Russian site. This is a thing. I’ll admit that I haven’t done it yet, despite the dazzling selection, for a variety of reasons: long shipping times (weeks, months), the possibility of losing polishes to overeager Customs officers (yes, international mail security, I would like my box full of tiny glass vials with chemicals, I promise they’re fine), and uncertainty with the paying process (sending off my credit card info to Russia is slightly worrisome and they don’t do PayPal). That being said, I won’t count a DL but out in the future, but for now I’ll cross my fingers for a bigger selection through stockists. (I’ll hold out at least until my favorite peel-off base coat from DL runs out.) 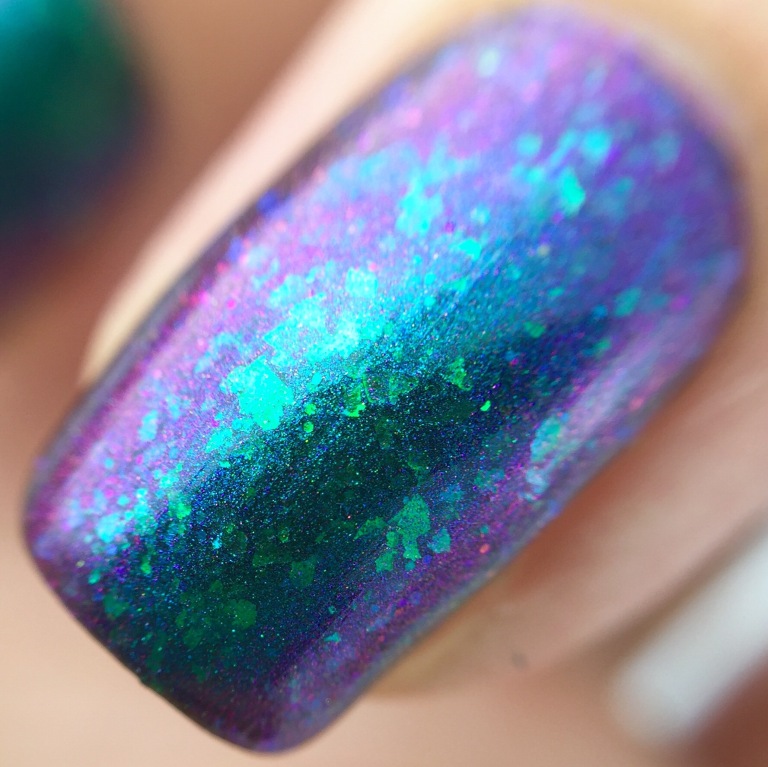